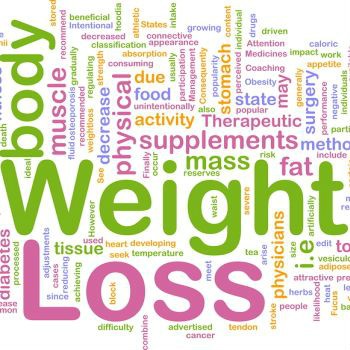 Lipogenesis refers to the mechanism by which acetyl-CoA (metabolic intermediate) gets converted to triglycerides which are usually the form in which body fat is stored. Acetyl-CoA generally forms during the metabolism of simple sugars, primarily glucose which is the chief source of metabolic energy. Under the circumstance of a positive energy balance, the excess energy gets stored as fats in adipose tissue.

Lipogenesis consists of the synthesis of fatty acids as well as their esterification to triglycerides. These products are generally released from the liver in the form of very-low-density lipoprotein (VLDL) cholesterol. They are secreted into the bloodstream wherein they get matured and work to recruit and transport lipid molecules to peripheral tissues. As a result, deposition of fat occurs throughout the body.

De novo lipogenesis from different carbohydrates is usually associated with substantial energy loss in the form of heat. This process is usually initiated by the pancreatic hormone, insulin, and often inhibited by the excess secretion of the hormone, glucagon. While lipogenesis is required under certain circumstances, excess triglyceride levels indicate obesity. Inhibiting the rate of lipogenesis and preventing the formation of excess triglycerides are active areas of research.

Affecting the rate of lipogenesis might help in preventing the development of metabolic disorders like type 2 diabetes mellitus and obesity. Recently cannabinoids like CBD have shown great potential in limiting lipogenesis. Several other studies have also shown that CBD usage decreases the expression of specific key proteins involved in the process of lipogenesis and thereby prevents the development of obesity.

As CBD helps in inhibiting the process of lipogenesis by preventing the expression of specific important proteins, it helps in preventing obesity and promoting weight loss.

Food intake encompasses several complex mechanisms which combine some nutritional signals and behavioral outputs. It constitutes the behavioral regulation of body weight. Food intake provides the source of energy whose expression is controlled by the metabolism that works in response to the energy requirements. Eating behavior is stimulated and suppressed by the signaling systems to maintain a stable internal environment.

Research has established that sensory stimulation is rather significant in promoting food intake. For instance, the sight, smell, or taste of delicious and hyperpalatable food is more than enough to stimulate appetite even if the energy requirements are entirely satiated. Hunger can be stimulated merely by the thought of tasty foods which are rich in trans fats and sugar.

It can be inferred that pleasure signals can overrule the homeostatic mechanisms that control energy balance. These signals make up the hedonist system which, in light of current research, has shown to play a considerable part in stimulating the sensation of hunger and in enhancing calorie intake. The excess intake of food, in turn, contributes to the accumulation of fat and abdominal obesity.

Therefore, to lose weight and shed excess body fat, it is imperative to control food intake and diminish food cravings. While several studies noted that cannabinoids like THC increase food consumption, the non-psychotropic CBD has been proven to induce satiety and limit the intake of food.

CBD limits the consumption of food, and this property helps individuals suffering from obesity to decrease the overall energy inflow and facilitates weight loss.

Energy homeostasis denotes the process that involves the well-synchronized homeostatic control of calorie intake and calorie expenditure. The hypothalamus of the brain plays a crucial role in maintaining the balance by generating the sensation of hunger via some signaling pathways. Calorie intake denotes the inflow of energy that has been taken up via food (solid and fluids).

The expenditure of energy or burning of calories primarily consists of the internal heat generated (resting metabolic rate and diet-induced thermogenesis) as well as external work (a measure of physical activity). When the number of calories expended is lesser than what is consumed, a positive energy balance occurs and this excess energy is stored in the form of fat in adipocytes (fat cells).

While fat storage is necessary under certain conditions such as pregnancy or hypothermia, it is not required in excess because of its contribution to obesity. Weight loss occurs due to a negative energy balance when the expenditure exceeds intake. Therefore, several studies have been conducted to understand the mechanisms underlying the homeostatic control of energy balance.

Researchers have tested out several compounds to find a component that facilitates a negative energy balance. Recently, cannabinoids have come to the forefront in the sphere of weight loss due to its anti-obesity effects. It was established that CBD usage increases both the number and activity of the mitochondria. This, in turn, amplifies the body’s propensity to expend more calories and create a negative energy balance.

As CBD can shift energy homeostasis towards a negative energy balance by increasing the activity of the mitochondria, it can increase energy expenditure and aid in weight loss.

Sometimes, obesity runs in families as per a prominent inheritance pattern brought about by changes in a single gene. The gene most commonly involved in the development of obesity is MC4R which is responsible for forming the melanocortin 4 receptor. Changes in this receptor often induce excess hunger and overeating (hyperphagia) which enhances body fat. Studies have shown that variations in around nine specific genes have increased the risk of obesity and metabolic syndrome.

In fact, no single gene is responsible for the excess storage of fat. Since the late 2000s, genomics and associated research have implicated more than 50 genes in the progression of obesity. Genes provide the foundation for the signals (stimulus and response) that direct food intake and therefore, even small changes in such genes can trigger significant changes and affect the metabolism.

Some genes which are involved in the obesogenic phenotype are FTO which promotes food intake PPARG which stimulates the uptake of lipids and development of adipose tissue. Therefore, to promote weight loss and prevent the development of obesity, individuals must consume products that modulate the activity of such genes. Recently, cannabinoids like CBD have come to the forefront as agents that can efficiently down regulate genes that promote the expansion of adipose tissue. CBD essentially promotes the activity of genes which encode proteins that are involved in the break.

As CBD helps in modulating the expression of genes and proteins associated with obesity, its usage can promote weight loss.

Fat deposition occurs whenever the calorie intake exceeds the expenditure. When the metabolic rate is low, yet the calorie intake is excessively high, particularly in the form of high-carb and high-fat foods, accumulation of fat occurs in the adipose tissue. The expansion of fatty tissue can occur throughout the lifetime of the individual depending upon the requirements and need for storage.

*FDA Disclaimer: The statements made regarding these products have not been evaluated by the Food and Drug Administration. The efficacy of these products has not been confirmed by FDA-approved research. These products are not intended to diagnose, treat, cure or prevent any disease. All information presented here is not meant as a substitute for or alternative to information from healthcare practitioners. Please consult your healthcare professional about potential interactions or other possible complications before using any product. The Federal Food, Drug, and Cosmetic Act requires this notice. 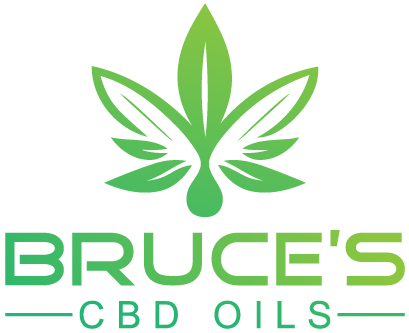 Enter your email below to save your shopping cart for later. And, we'll send you a sweet 10% discount coupon.

Thank you. Happy shopping.
No Thanks!